“Humanity has a choice: cooperate or perish. It is either a Climate Solidarity Pact – or a Collective Suicide Pact,” the UN Secretary-General told over 100 world leaders reunited for the first official plenary of the UN Climate Change Conference.

The proposed Pact would see all countries taking extra efforts to reduce emissions, wealthier nations and international financial institutions providing assistance to emerging economies, ending dependence on fossil fuels and the building of coals plants, providing sustainable energy for all, and uniting to combine strategy and capacities for the benefit of humankind.

“The two largest economies – the United States and China – have a particular responsibility to join efforts to make this Pact a reality. This is our only hope of meeting our climate goals,” he emphasized.

Mr. Guterres said that soon the 8 billionth member of the human family will be born, and that milestone puts into perspective what COP27 is all about.

“How will we answer when ‘Baby 8 Billion’ is old enough to ask:  What did you do for our world – and for our planet – when you had the chance?”.

A crisis of a different scale than the war in Ukraine

Reminding the room that the clock was ticking with the planet fast approaching tipping points that can make “climate chaos” irreversible, the UN chief said that “we are on a highway to climate hell with our foot on the accelerator”.

He added that while the war in Ukraine and other conflicts have caused so much bloodshed and violence and have had dramatic worldwide impacts, the UN cannot accept that attention is not also focused on climate change.

“It is the defining issue of our age. It is the central challenge of our century. It is unacceptable, outrageous and self-defeating to put it on the back burner,” he underscored.

The Secretary-General explained that many of today’s conflicts are linked to “growing climate chaos”.

“The war in Ukraine has exposed the profound risks of our fossil fuel addiction. Today’s urgent crises cannot be an excuse for backsliding or greenwashing. If anything, they are a reason for greater urgency, stronger action and effective accountability,” he said.

Tax oil companies, and help those struggling with climate impacts

António Guterres asked governments to tax the pandemic-driven windfall profits of fossil fuel companies and redirect the money to people struggling with rising food and energy prices and countries suffering loss and damage caused by the climate crisis.

“The deadly impacts of climate change are here and now. Loss and damage can no longer be swept under the rug. It is a moral imperative. It is a fundamental question of international solidarity – and climate justice. Those who contributed least to the climate crisis are reaping the whirlwind sown by others,” he underscored, adding that during COP27 leaders must agree on a clear, time-bound roadmap reflective of the scale and urgency of the challenge.

For Mr. Guterres, getting concrete results on loss and damage is a “litmus test” of the commitment of governments to the success of COP27.

The UN chief also made a call for progress on adaptation and building resilience to future climate disruption, noting that three-and-a-half billion people live in countries highly vulnerable to climate impacts.

This would mean countries delivering the promise made in COP26 last year of $40 billion in adaptation support by 2025.

“We need a roadmap on how this will be delivered.  And we must recognize that this is only a first step. Adaptation needs are set to grow to more than $300 billion dollars a year by 2030,” he warned.

He also pointed out the need of international financial institutions and banks to change their business model and do their part.

Time to come together

The UN Secretary-General urged countries to come together for implementation saying it was time for international solidarity across the board.

“Solidarity that respects all human rights and guarantees a safe space for environmental defenders and all actors in society to contribute to our climate response. Let’s not forget that the war on nature is in itself a massive violation of human rights.”

Mr. Guterres underscored that the global climate fight will be won or lost in this crucial decade and on the watch of current world leaders.

“One thing is certain: those that give up are sure to lose. So, let’s fight together– and let’s win. For the 8 billion members of our human family – and for generations to come,” he concluded.

Lea Namugerwa, a climate activist from Uganda at COP27

The emotion was palpable in the main plenary room of the Tonino Lamborghini International Convention Centre, as discussions opened on the first day of what is traditionally called the World Leaders Summit, but which this year was renamed the ‘Climate Implementation Summit’ by the COP27 Egyptian Presidency.

The first official to speak this afternoon, just ahead of the UN Secretary-General, was the Egyptian President Abdel Fattah El-Sisi. He underscored that to overcome today’s climate change crisis and implement the Paris Agreement leaders needed to go beyond words.

“The people of the world are looking at us today and they want rapid concrete implementation of genuinely concrete actions to reduce emissions and to reinforce their ability to adapt to and guarantee the funding necessary for developing countries that today are suffering more than others,” he explained.

Mr. El-Sisi urged leaders to take in account the priorities of the African continent, and to support the principle of “shared responsibility”, to inspire trust in their ability to achieve the climate goals.

The Egyptian leader said that there were great expectations for the conference from millions of people across the world, and COP27 should deliver, including answering “thorny questions”.

“I encourage you to become the model that the world hopes for. And show genuine practical ability to face the challenge of climate change,” he highlighted.

At the end of his speech, the Egyptian President, speaking off the cuff, made an open call to the gathered leaders to push for an end to the war in Ukraine, sparking an ovation among the attendees.

“My country is not one of the strongest economically, we suffered greatly with COVID-19, and we are suffering once again because of this unnecessary war. The entire world is suffering,” he said.

A 10-minute film, produced by the host country, and projected onto the giant 360° screens inside the room was one of the highlights of Monday’s meeting.

The production used the audio of a powerful poem detailing the responses of the ancient Egyptian civilization to adapt to the climate change that presumably caused their disappearance.

A map of the globe was dotted with red flags to show the places that have suffered disasters in 2022 alone – nearly the entire world was covered.

From Oman to France, and from Brazil to Sudan, powerful images of destruction were shown alongside heart shattering testimonies from victims of climate change, including children.

“Please do everything in your power to save our city,” said a Venetian resident in tears.

Yet, the production ended on a hopeful note, saying that the planet keeps giving us chances for governments to make changes, transition to renewable energy and consume more ethically.

“Climate changes all of us,” the woman narrator said, inviting world leaders to mitigate our current challenges, just as the ancient Egyptians learned, giving their civilization 500 more years of survival.

A call from African youth

Lea Namugerwa, a climate activist from Uganda, asked world leaders that were going to take the podium to speak like they are in an emergency, because that’s what it is.

She described how her life changed when she saw people close to her dying due to landslides caused by excessive rains in Uganda when she was only 14 years old.

At 15, she launched her own NGO called ‘Birthday Trees’. Instead of a traditional birthday party, she invites people to have a tree-planting celebration.

“I have a goal to plant one million trees, what is your goal?” she asked world leaders.

Ms. Namugerwa said that since COP27 has been dubbed the ‘African COP’, the gathering should highlight that her continent, while producing less than 4 per cent of the world’s emissions, is facing the worst consequences of climate change.

Political will is a renewable source: Al Gore

Meanwhile, and in one of the most powerful speeches of the session, former US vice president Al Gore
said we are treating the thin blue shell that protects us, our atmosphere, as “an open sewer”.

“Today, like every day, we are spewing a 162 million tons of manmade heat trapping global warming pollution into the sky. It adds up and accumulates there... The accumulated amount traps as much extra heat as it would be released by 60,000 Hiroshima-class atomic bombs exploding every day in our planet. That’s why we are seeing these disasters,” he underscored, warning that is getting even worse.

Mr. Gore said that leaders have a credibility problem: they talk but they are not doing enough.

“It is a choice to continue this destructive pattern”, he explained, arguing that climate change works similarly to “an apartheid”, with the most vulnerable suffering the worst.

“We don’t have to choose curses, we can choose blessings, including the blessings of renewable energy. We are in the early stages of an energy revolution, if we invest in it and stop subsidizing the culture of death, we can save ourselves,” he said.

The renowned Nobel Prize-winning environmentalist also said that Africa could be the world’s renewable super Power, because the potential of the continent’s solar and wind technologies was 400 times larger than the total of the fossil fuel reserves left.

He invited world leaders and global financial institutions to open pathways to generate a “renewables revolution”, including reducing interest rates for African countries.

“The UN Secretary-General just said we are on a highway to climate hell, and we need to take our foot off the gas”, he said, reiterating that any fossil fuel development is incompatible with keeping global warming under 1.5 degrees Celsius.

Finally, he called on leaders to work together to drive impact and address their credibility problem.

A call for action on loss and damage: Mia Mottley

The last speaker, Barbados Prime Minister and SDG Advocate Mia Mottley, made a case for tackling the issue of loss and damage, one of COP27’s most debated themes.

She saluted Denmark, Belgium and Scotland for allocating funds for developing countries, with barely any responsibility for global emissions, strongly affected by climate change.

Echoing the call of the Secretary-General, she said that while State Parties need to do the right thing, her country believes that non-State actors and stakeholders, such as oil and gas companies and those who facilitate them, need to be brought to a special convocation in the next year.

“How do companies make $200 billion in profits in the last three months and not expect to contribute at least 10 cents on every dollar to a loss a damage fund? This is what our people expect,” she expressed.

The Climate Implementation Summit heard from 50 Heads of State and Government on Monday, including France, Colombia, Democratic Republic of Congo, United Kingdom and Israel, and will have heard from over 100 world leaders by the time it wraps up tomorrow.

While the US President Joe Biden will not attend the Summit, he will be at COP27 next week.  As of now, neither China nor Russia’s Heads of State are expected to speak. Ukraine’s President Vlodimir Zelensky will send a video message.

Want to know more? Check out our special events page, where you can find all our coverage of the COP27 climate summit, including stories and videos, explainers, podcasts and our daily newsletter. 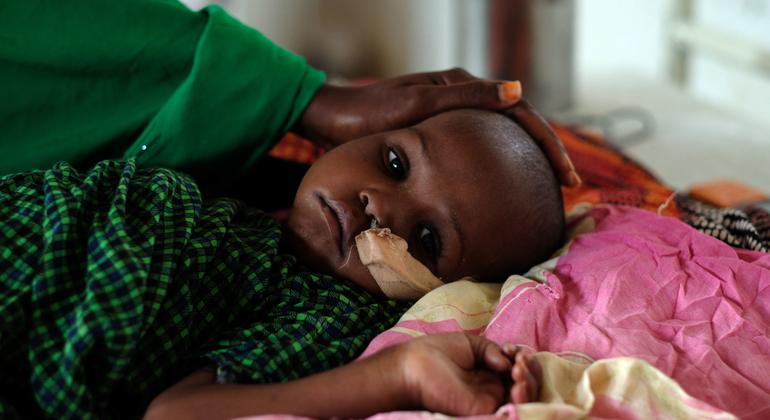 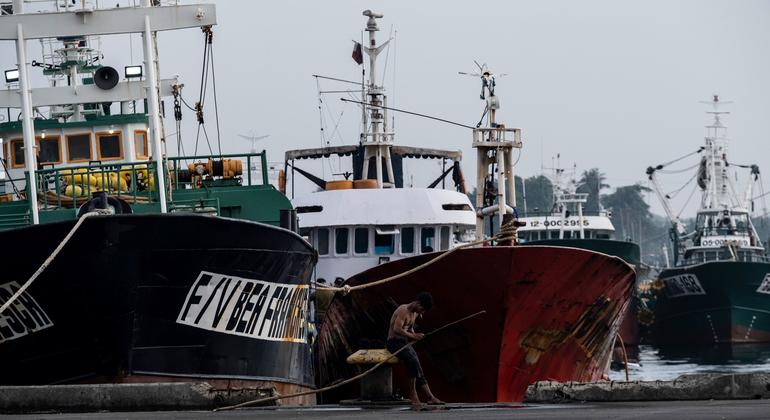 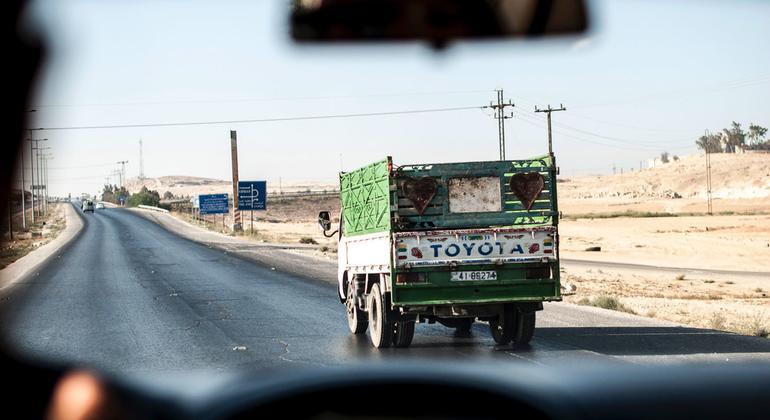 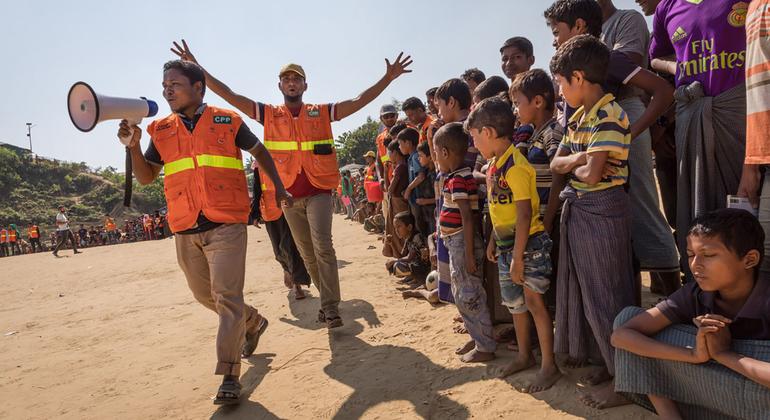 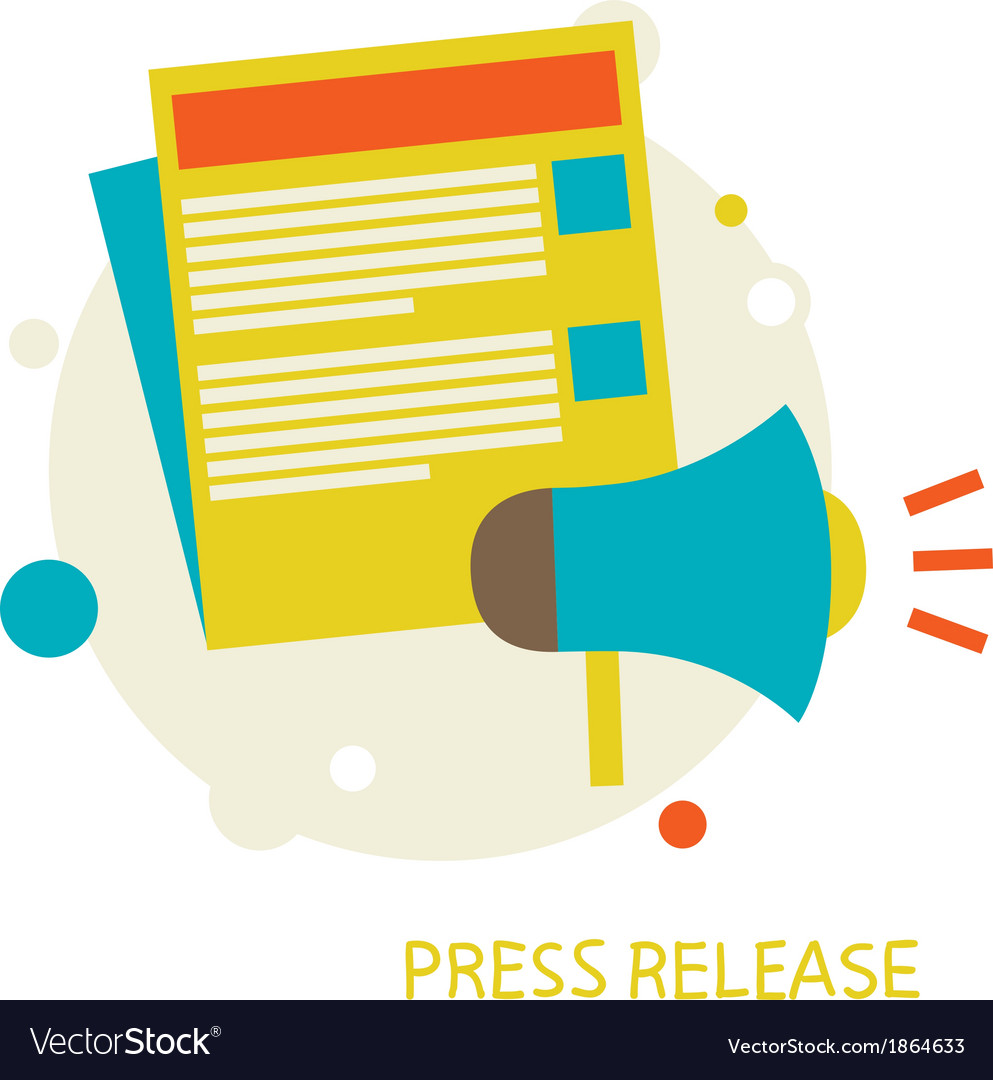 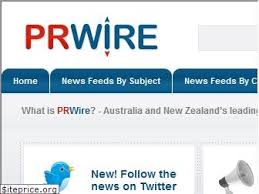